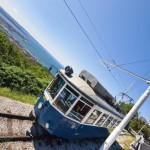 The electrical traction line, by way of two cable carriages, connects the city to the Carso Plateau, 348 mts above sea level. After a short ride from the terminus in the central piazza Oberdan, from Piazza Scorcola to Vetta Scorcola the tramway becomes a truly unique cable ride: carriages are hitched up on two wagon-shields […] 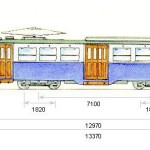 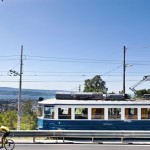 Carriages and cars – A brief history

Car number “1” Originally known as n. 411, it is the oldest running tram car in Europe. Only after the ANONYMOUS SMALL RAILWAYS COMPANY started to run the service, on September 9th, 1902, the carriage was given the number 1 out of an initial car fleet of six. The mechanics were built by GRAZEN UNION […]